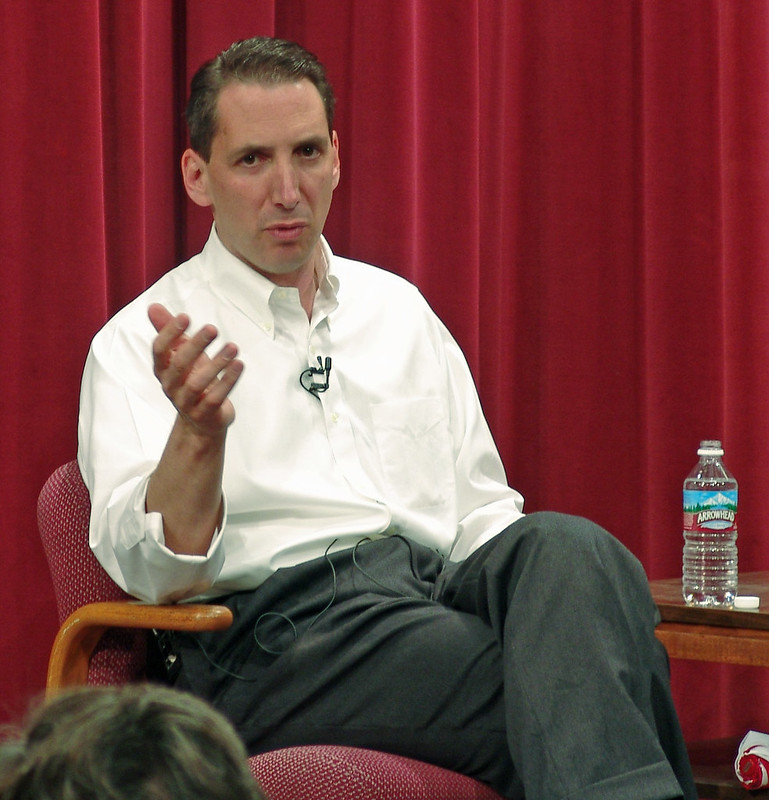 Yesterday I attended the Stanford Entrepreneurial Thought Leaders seminar to hear Bill Campbell, chairman of Intuit and corporate coach to startups such as Google, interview Danny Shader, CEO of Good Technology. Stanford posted a video of the seminar.

Danny Shader has an interesting background including companies such as GO Corporation, Collabra Software, Netscape, and Amazon.com. Danny was an entrepreneur-in-residence with Kleiner Perkins Caufield & Byers and Benchmark Capital before joining Good Technology. Bill Campbell was an economics major and a former football coach before his highly successful software career.

Good Technology originally developed audio hardware for the Handspring Visor and has changed business direction a few times before settling on creating enterprise software for wireless messaging. Good bet on mobile technology eventually moving towards common platforms such as Microsoft, Palm, and Symbian. Bill Campbell mentioned the introduction of the Treo 600 helped save the company when manufacturers did not believe users wanted a keyboard on their phone.

Good created their own sales force and landed some big accounts early on. Good is proud of the service they provide and invested a lot of money fixing bugs and implementing feature requests from large accounts early on. This process was very costly in the short-term but helped the company build a solid product and a good reputation.

Danny mentioned he is still learning, thanks in part to the great mentors he has been exposed to over the years such as Bill Campbell. He realizes now that he did not hire senior enough people early in the company’s history. As a first-time CEO Danny was able to rely on the credibility and reputation of his board members when he was building the company and creating new strategic partnerships. Every CEO in the world needs someone they can talk to and learn from while still feeling like a safe harbor.

Next week Tim Draper, managing director of Draper Fisher Jurvetson, will speak to the class.