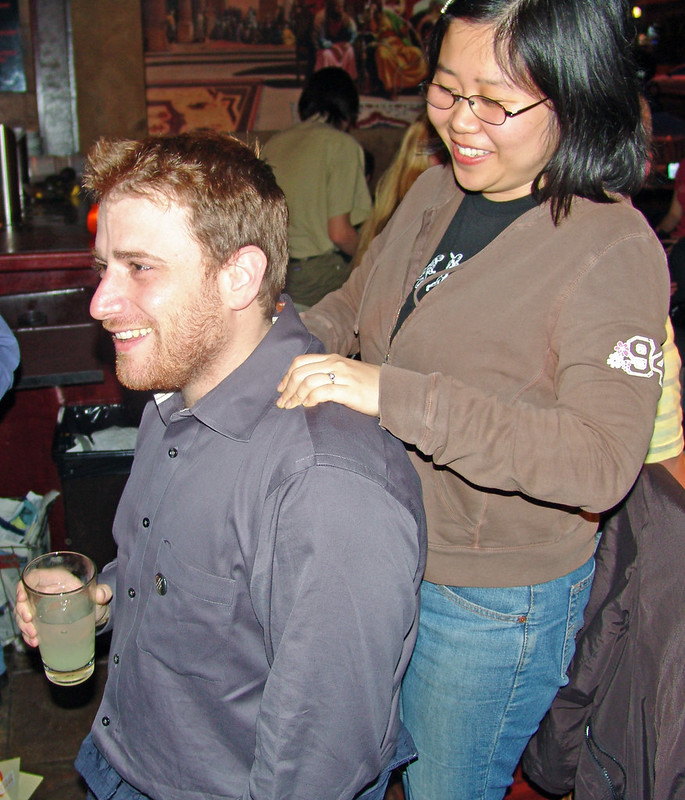 Tonight I had the opportunity to meet Stewart Butterfield and Caterina Fake of Flickr at Cafe Abir in San Francisco. The entire Ludicorp team has moved to the Bay Area and Stewart was sporting his purple Yahoo! access pass. Cafe patrons thought the Flickr meetup group was a wedding reception for Stewart and Caterina; it was interesting to see their reaction to this small independent cafÃ© taken over by a bunch of photo geeks.

I liked how Stewart and Caterina sought out different groups of people even when it involved walking over couches. Stewart mentioned the gift accounts were very popular and they saw an increase of over 2500 users on the day of the announcement. Many people I spoke with have only recently given away their accounts. Most people admired fancy photography equipment but were happy with what they had. I saw cameraphones, tiny pocket-sized cameras, and large SLR cameras with multiple lenses.

I staged the picture at the top of the post to create a funny “Flickr is having a massage” photograph. My favorite photograph of the night.