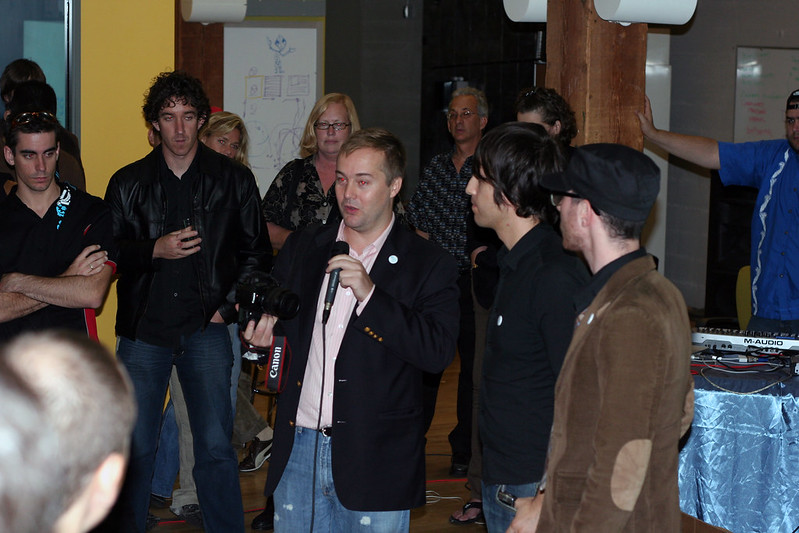 The popular gadget blog Engadget is moving into new offices in New York and will be launching a testing lab for in-depth product reviews. The Engadget team announced the new venture at their San Francisco Engadget Reader Meetup.

Engadget Labs will perform benchmarks and in-depth reviews of products. It sounds like a nice departure from the typical pay-per-article model of weblog networks. Editors Peter Rojas and Ryan Block will work out of their new office in New York with possibly a few other members of the Weblogs Inc. network. The new office space will include a special podcasting room for interviews with visiting companies as well as the weekly Engadget podcast.