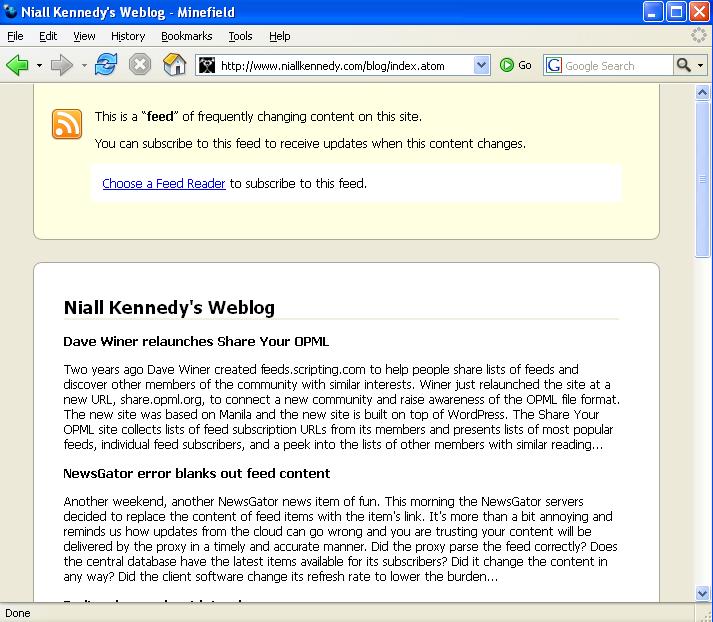 The latest nightly builds of Firefox 2.0 (Bon Echo) include new XML parsers and feed tools for an improved sbuscription experience. The new feed processor provides a more user-friendly display of a a feed and passes the appropriate subscription data to other desktop applications, online aggregators, or Firefox’s own Live Bookmarks feature. The new feed handling contains three specific parts, as outlined by product lead Ben Goodger last week in an e-mail to the Camino developers list.

Each of the new components can be reused within Mozilla’s Thunderbird e-mail client, plugins for Firefox or Thunderbird, or third-party stand-alone applications that would like to leverage the framework. 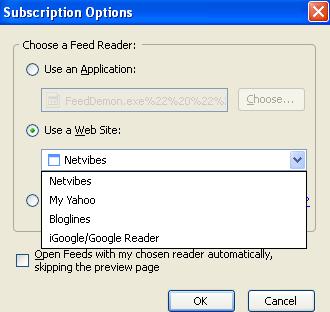 Once the feed is rendered users can easily subscribe using their favorite feed reader. The current build features Netvibes, My Yahoo!, Bloglines, and Google as default online aggregators and more online aggregators can be added to the list by editing browser.contentHandlers. Online aggregator developers may want to look into creating a Firefox plugin displaying an unread item count and adding the aggregator to the list of options at the time the plugin is installed. The Firefox search box is for sale and it would not surprise me if the online aggregators listed by default will provide Mozilla with new income. It would be nice to break down the defaults by region, allowing Europe or Asia to have its own list that best meets the usage in those areas.

Overall I like the new features and look forward to some more UI polish in the months leading up to release. Hiding raw XML is a good thing for the majority of users and will help drive adoption of feeds through the common Web interface of the browser.