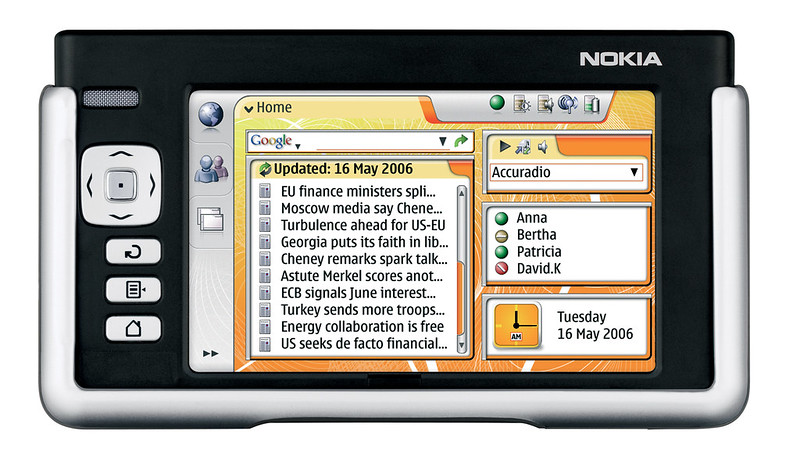 Nokia announced an upgrade to the 770 Internet tablet operating system and bundled hardware this morning at the VON Europe Conference in Stockholm, Sweden. The new operating system, now named Internet Tablet OS 2006, features Google search and IM functionality built-in, including prominent display on the homepage and task bar. Nokia 770 owners can now chat with friends using text and voice from their Internet tablets.

Nokia developed the IM and VoIP based on XMPP and Google’s libjingle extensions. The voice and text screens are branded with the Google Talk logo, including the beta designation. The Gizmo Project will supposedly release its own client software for the Nokia 770 but it will not be bundled with the OS.

Google is also the default search provider on the device. Mobile phones and their operating systems have become a hot space for search competition recently, with both Google and Yahoo! actively competing for integration with Nokia handsets. So far it’s Google on Linux devices and Yahoo! on Symbian devices.

I had a look at an early version of GTalk for the Nokia 770 a few months ago and the newly demonstrated application is a big improvement in user experience. The current Gaim-based clients for the Nokia 770 don’t have the customized interface to make them a pleasure to use. I’ll install the OS update on my Nokia 770 when it becomes available and see what it’s like. Few to none of my buddy list is currently on GTalk or Jabber.