DeWitt and I were chatting over breakfast yesterday about the future of search. What will be the big changes in search over the next 5 years? What are the growth markets in terms of index size, users, repeat visits, and new interfaces? The first thing that popped to mind was the international landscape of the Internet and the always-on world wide web taking hold in developing nations. 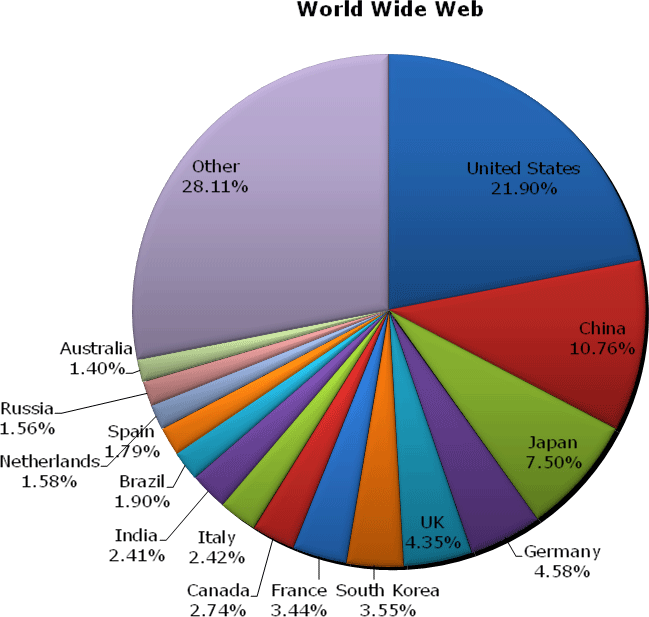 According to comScore numbers from May, 14% of the world’s total population age 15 or older are online. Bump that number up a bit if you include Internet cafes and mobile phones, a popular way to get online in China or India. The United States currently has the largest online population it only represents 22% of the measured world total. Search indices, users, content, and companies vary in each country, leaving a lot of room for growth by international players. 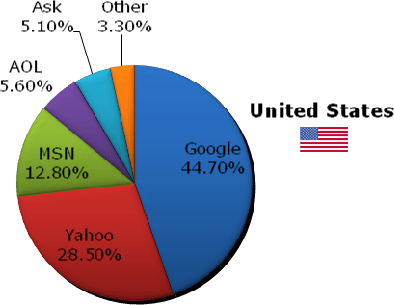 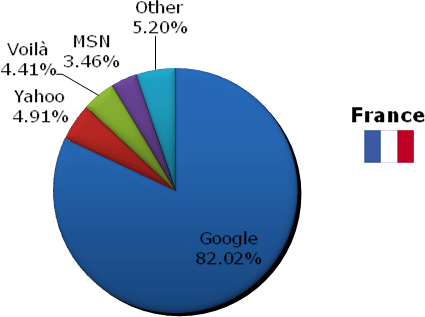 Google currently dominates the search market in the United States and western Europe with 46% market share in the U.S. and a 80% share in France. Google’s dominance in France has caused some concern for local business as the company feels over-reliant on a foreign company. (U.S. source, French source) 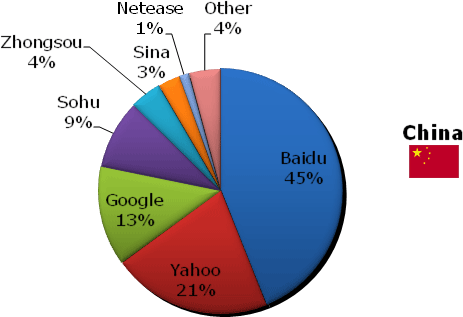 Yahoo! is the strongest international player in Asia through partnerships with Softbank in Japan and Alibaba in China. These two markets have a strong sense of national pride and a resistance to outsiders. Independent search engine Baidu commands 44% of the Chinese search market according to Analysis International and regularly criticizes its American competitors as bad for China and incapable of indexing their language.

A few of the big search companies could have some trouble with non-Latin languages and sentence structure as Baidu suggests. 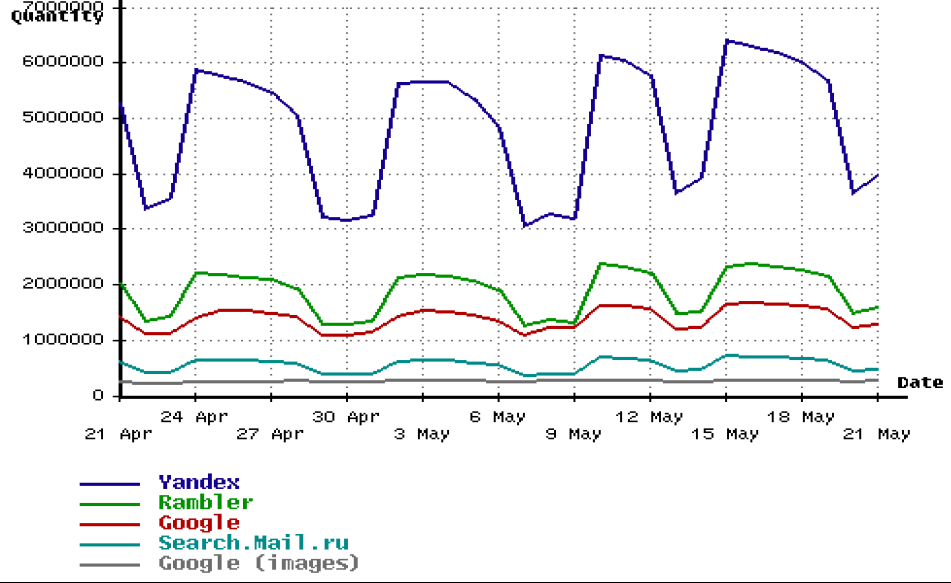 Other languages have proven an even tougher market to crack. Yandex is the market leader in Russia with 60% of the market (according to LiveInternet (via Yandex marketing), followed by Rambler at 20% and Google in third place. Note the big weekend dip from Yandex above compared to relatively smaller dips from its competitors.

Each country searches content a bit differently. Korean search engines such as Naver are heavy with user-contributed content such as questions and answers. A large population in China searches with a cell phone in one hand a cell phone in the other. Japan loves 2-dimensional bar codes bridging the physical world with the Web through their camera phones. Europe loves to SMS.

The big four search companies of the world are all located on the west coast of the United States, but the technologies they must adapt and deploy differ with each country and user demographic. The search world is not flat and big companies must continue to tailor their indices, front-end, and content gathering systems for each market. New content sources might spring up in the form of instant messaging, such as Israeli company Mirabilis in 1996 or consumer to consumer search from Korean company Naver and be repackaged by large international companies such as AOL and Yahoo! respectively. The biggest opportunity costs that may be possibly lost result from an insular view of the Web, content, and search, and I hope the search industry is smart enough to latch on to the best ideas from around the world and deliver great services to each population.