Today marked the end of Apple Computer after 30 years. The company has come a long way from kit computers assembled in a garage, capitalizing on at least one eureka moment a decade that causes people to rethink the intersection of cutting edge hardware and software. The release of the Mac in 1984 combined the best available hardware with commercial software utilizing the best ideas developed at Apple and research labs such as Xerox PARC. The release of the iMac in 1998 changed consumer views on personal computing, adding a colorful and quiet device to our desktops, placing an entire computer inside of a CRT encasement. The iPod’s release in 2001 took advantage of the latest slim hard drives and a distinct browsing interface combined with software largely from other vendors. Today we saw the next step in the evolution of Apple, fully embracing its role as a software and service provider through the best integrated hardware experiences available on the market today.

Limited quantities and price constraints have barely stopped Apple from making sweeping changes in the past. Today is the first major Apple event in recent memory where no announced products were available the day of the event. We’ll have to wait a few months as hardware becomes approved, packaged, and made available in quantities capable of stocking Apple Stores around the world. Let’s take a look at what Steve Jobs announced this morning and their implications for Apple and its developer community.

Apple is now in the phone business, shipping its highly anticipated iPhone starting this June in the United States. The quad-band GSM phone runs Mac OS X, the same software sold with every Apple computer. Familiar desktop applications such as Safari, iChat, and Dashboard widgets take center stage on the phone, creating a familiar experience for new users synchronized over an Apple desktop conduit. On the go the iPhone will stay connected with EDGE cellular data or a WiFi connection when present. The iPhone features either 4 or 8 GB of flash storage (comparable to current iPod nanos) for $499 and $599 respectively. The iPhone has all the features of the iPod nano and then some, and could cause users to pay double for the combined features in a future upgrade cycle.

The single biggest feature in my mind is OS X running on the iPhone. Apple will likely use its latest Leopard operating system, taking advantage of recommended resolution independence, core animation, and Objective C 2.0 on its 3.5″ display. Apple abstraction layers for data storage, graphics display, and audio will become even more important components for any Mac developer wanting to reach the entire Apple audience from the iPhone to the Apple TV.

Dashboard widgets take center stage on the new iPhone, appearing as individual application icons on the phone’s home screen. Apple already has two IDEs ready for developers to deploy applications to the iPhone: Xcode and Dashcode. Dashcode will give any company or product the ability to create their own rich web application that lives outside the browser on both the desktop and the mobile device. Xcode will likely support a special compile mode in the future targeted at the resource constraints of the iPhone.

The iPhone software may share a common browser with Nokia’s WebKit-based S60 browser. The combined strength of the largest cell phone manufacturer in the world and Apple’s design prowess (and reputation in the portable device space) will make the Internet functionality of the WebKit open source browser platform difficult to ignore. 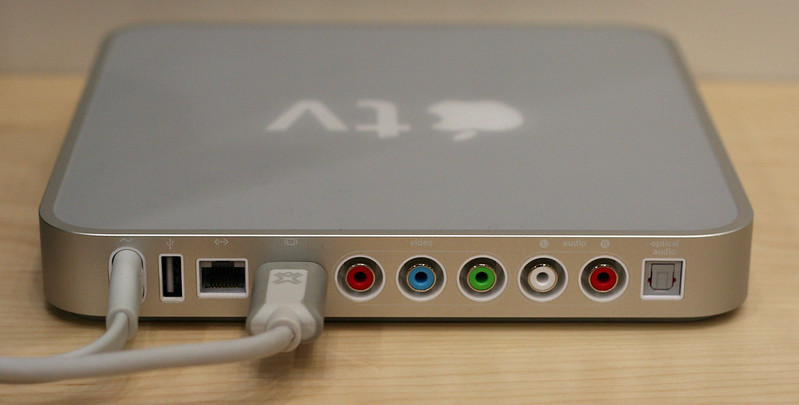 Apple TV is the latest piece of Apple hardware powered by Intel processor. The Apple TV is a mini-computer connected to your home entertainment system and is specifically designed for multimedia playback and synchronization from across your broadband-enabled home network. The 40 GB hard drive will fill up fast, and will likely be used as local storage for your video and music playlists. The Apple TV can connect to other computers or the Internet using Ethernet or high-speed WiFi (802.11g or draft-n). Apple TV supports direct digital connections to your HDTV for lossless playback of your digital assets.

The Apple TV does not include an optical drive such as Blu-ray or DVD, meaning it will not likely be the only playback device in your home theater rack. If you don’t subscribe to cable and would just like to watch your favorite TV shows and movies from your couch the Apple TV will likely be the device of choice for the Apple fans downloading the latest episode of The Daily Show from the iTunes Store instead of through their local cable subscription.

Apple released a new version of their AirPort Extreme wireless base station, boosting Apple WiFi with five times the performance and twice the range of their previous model. The new AirPort base station supports 802.11n wireless technology currently in draft status and not expected to be a fully approved IEEE standard until 2008.

Apple’s AirPort Extreme can be connected to a USB hard drive for easily configured network attached storage. The extra networked storage is especially useful in a Apple TV household, serving your full media library even when you and your MacBook Pro are at a nearby cafe. The new Airport hardware also features time-based access control, letting you shut off Internet access for your kids during homework time or creating a public WiFi access when you are away from home.

Apple has redefined their company and product suite with today’s hardware releases. Apple is now fully integrated with Intel hardware underneath their own operating system connecting you to Apple online services no matter where you might be. Apple Inc. is unifying its hardware and software platforms, powering the phone in your hand, the MacBook in your lap, or the Apple TV in your living room. Each piece of the Apple experience is connected to Apple’s online services in the iTunes Store and .Mac synchronization and sharing.

The one lagging piece in the grand Apple puzzle is .Mac online services. Will Apple revamp its online offerings to connect its new world beyond the personal computer? Over-the-air phone backup and synchronization is big business in Europe, and .Mac has not been pulling its weight with new competition from Internet giants Google and Microsoft. Apple needs to not only connect each piece of data on your devices through the cloud, but also back up your DRM certificates and/or assets to maintain consumer confidence in a digital lifestyle.

We saw a lot of big news from Apple today at Macworld, but the expectations of the rumor mills still fell short. Will we see an ultra-compact MacBook Pro in the near-future? An Xserve for the home? Rumors and expectations will continue with high hopes as Apple fans stay tuned for that “One More Thing…”