Google App Engine lets any Python developer execute CGI-driven Web applications, store its results, and serve static content from a fault-tolerant geo-distributed computing grid built exclusively for modern Web applications. I met with the App Engine’s team leads on Monday morning for an in-depth overview of the product, its features, and its limitations. Google has been working on the Google App Engine since at least March 2006 and has only just begun revealing some of its features. In this post I will summarize Google App Engine from a developer’s point of view, outline its major features, and examine pitfalls for developers and startups interested in deploying web applications on Google’s servers.

What is Google App Engine?

Google App Engine is a managed hosting environment with a tightly managed stack running in a machine-independent environment. It simplifies the deployment and management of your web application software stack while constraining you to a specific stack. When I start a new web development project today I have to first setup a tiered system to effectively handle site growth: 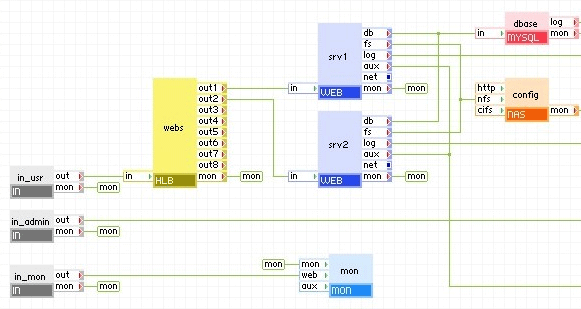 Your tiers will expand as your new web application gains popularity. Your single-server tiers become load-balanced services, message bus broadcasts and listeners, and distributed cache arrays at scale. You’ll probably spend time rearchitecting your application at each stage of growth to incorporate for these new resource demands if you can afford the time, expertise, and effort.

Google App Engine is a new and interesting solution for Python developers interested in adding features, not servers. Google spends hundreds of millions of dollars developing its custom infrastructure with 12-volt power supplies tapped into a hydro-electric dam next door and fat fiber pipes owned by local governments carrying requests and responses to their proper home. Google’s physical infrastructure is vast array of highly optimized web machines, and we’ll now be able to see how such infrastructure performs across more generic applications on App Engine.

Google publishes these quotas and provides administrative monitoring tools. The quotas are just a guideline as Google may cut off access to your application if you receive a traffic spike of an unspecified duration. The Google App Engine quota page specifies:

If your application sustains very heavy traffic for too long, it is possible to see quota denials even though your 24-hour limit has not yet been reached.

Google App Engine already failed the Techcrunch effect and appears the platform is currently unable to handle referral traffic loads from a popular blog or news site typically associated with a product launch. The traffic spike cutoffs make me think twice about hosting anything of value on App Engine.

The Google team behind App Engine has a long history in developer services. Team members include some of the top Python experts in the world, financial transaction specialists, and developer tool builders.

The list above is just a sampling of the full-team behind App Engine.

Google App Engine is not without its faults. Applications cannot currently expand beyond the quota’s ceiling. It’s still unclear how an application will dynamically scale on App Engine once it leaves the farm leagues, and at what cost.

A few major issues include:

Overall I am quite impressed with Google App Engine and its potential to remove operations management and systems administration from my task list. I am not confident in Google App Engine as a hosting solution for any real business while the host is in preview stage but those concerns may be alleviated once the product is ready for real customers and real service-level agreements.

Python developers have just been granted a few superpowers for future projects. As an existing Python and Django developer I know how difficult it can be to find a managed hosting provider with modern Python support. Many hosts are years behind, running Python 2.3. I am excited App Engine already features the programming tools I use every day, with a few modifications for their proprietary systems. App Engine should introduce more developers to Python and the Django framework and hopefully cause other web hosts to provide better Python support as well.