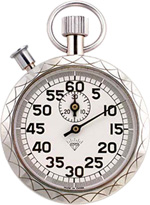 App Engine scripts now have up to 30 seconds to respond to any incoming request, a big change from the previous 10 second limit. I often request data from the web, process and interpret results, write to the datastore, and then issue a response to the consuming agent. The extra headroom opens up new possibilities for data processing, especially in a programming environment without queues or background tasks.

App Engine processes can now send and receive files up to 10 MB in size, a 10x boost from the previous limit of 1 MB. Need to share a podcast, PDF, or large image? It’s now possible. Developers can deploy up to 1000 static files of up to 10 MB each, creating up to 10 GB of geo-distributed static file storage per App Engine instance.

App Engine scripts are no longer limited to 2 CPU-intensive requests per minute. Scripts are still limited to 30 active dynamic connections at any given moment (under the free plan). Processing power is made available on-demand for up to the full 30 seconds of your process.

Google App Engine’s datastore now supports the IN operator for Megastore queries. You can now query on a list of values instead of chaining data requests through a for loop, a big efficiency change for me.

Google App Engine raised its capacity this week and opened up new possibilities for developers creating web applications on its service. The platform is still in free “preview release” without the ability to purchase additional processing headroom but the per-process restrictions have loosened up a lot.