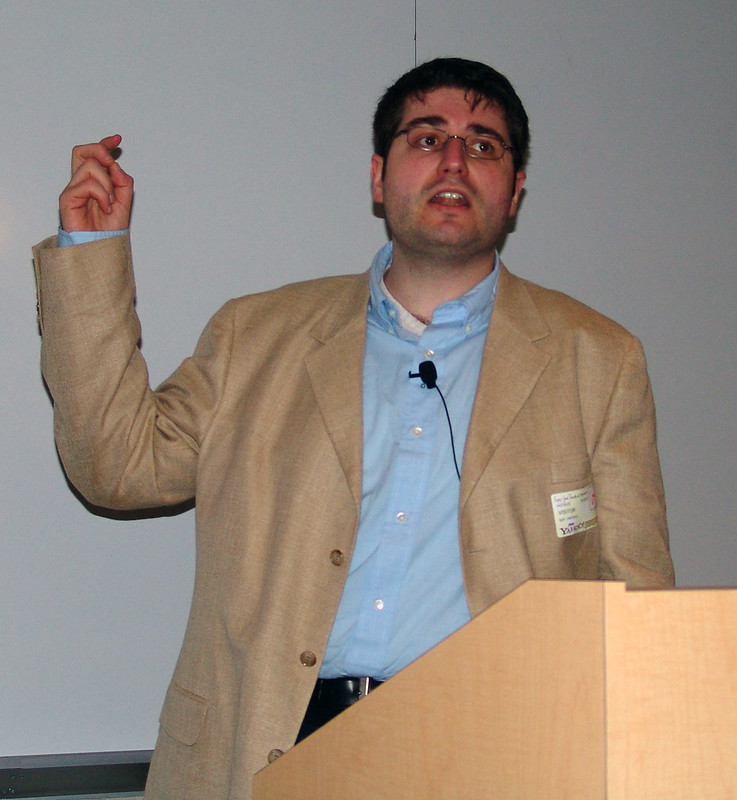 On Monday, April 4, I attended Mobile Monday at Yahoo! headquarters in Sunnyvale. The first presenter was Igor Jabolokov, Director of VoiceXML Forum and an employee of IBM.

VoiceXML attempts to decrease the space between licensed content and users. IBM would like to encourage people to pick up their phone before they go to their laptop. Voice as a user interface makes a lot of sense. As we have seen with the deployment of broadband, the less barriers that exist between a user and his data the more likely he is to make purchases and use online services.

IBM’s multi-modal business unit promotes an interface of XHTML, VoiceXML, and XML Events. Using the VoiceXML namespace developers can specify voice prompts within their XHTML markup activated by an XML event. VoiceXML is built-in to Opera 8 and it is a part of all Honda navigation systems.

Igor’s presentation and the question and answer period lasted 29 minutes and 47 seconds. The audio is available as a 13.5 megabyte MP3 file.