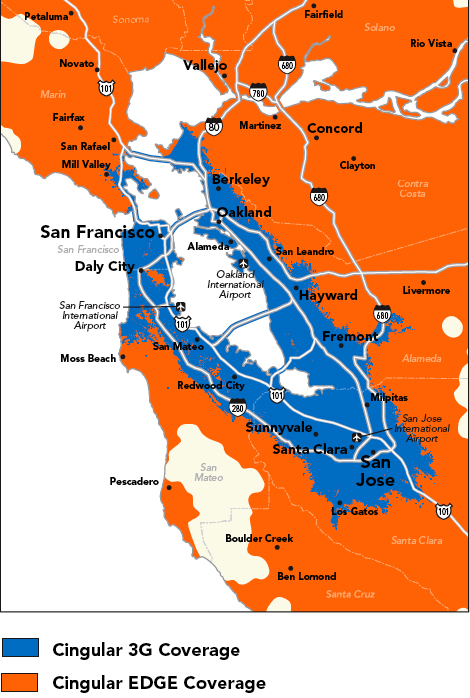 Cingular just announced 3G data access throughout the entire San Francisco Bay Area and 14 other metropolitan areas across the country. The new network uses HSDPA technology that currently supports average connection speed of 400-700Kbps but can technically support up to 10Mbps.

Cellular data networks allow you to be online in more places than you can find a public WiFi hotspot. You can even use it in your car or on the train to get some work done while commuting. These new cards support seamless handoff between cell towers and downgraded non-3G data connections. It’s nice to know that no matter where you are you can easily get connected to the Internet even if it’s not at the broadband speeds you are used to.

The data plans are a bit expensive at $60 for unlimited access but everyone I know that has a high speed card raves about it. It’s the new geek bling.