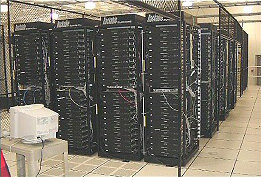 The war of the data clouds will really start to heat up in 2007 as large Internet companies such as Google, Yahoo!, and Microsoft open huge data centers in the Pacific Northwest fueled by cheap power and bandwidth. Our digital lives continue to be fueled by the cloud, with new data services and software that replace or complement desktop tasks coming online every month. Software as a service is the new development push, and custom build outs next to a few large dams and fiber highways are a sign of what’s next.

Internet giants are building up their server farm arsenals in a race to be the center of our digital lives. If you build it, and millions of customers come, where will you put it all? Farms previously covered with apple trees are being converted to modern data centers full of lasers, copper, and more air conditioning than most of the county. The growth of online services is partially limited by the ability to deliver large amounts of data over low-latency connections to a growing user base. The data grids deployed by large multinational Internet companies will continue to grow as our demand for online software and storage is fueled by new services in the cloud.

What would you do with infinite computing resources, storage, and bandwidth? Huge data centers coming online in the next year may provide part of the modern answer. 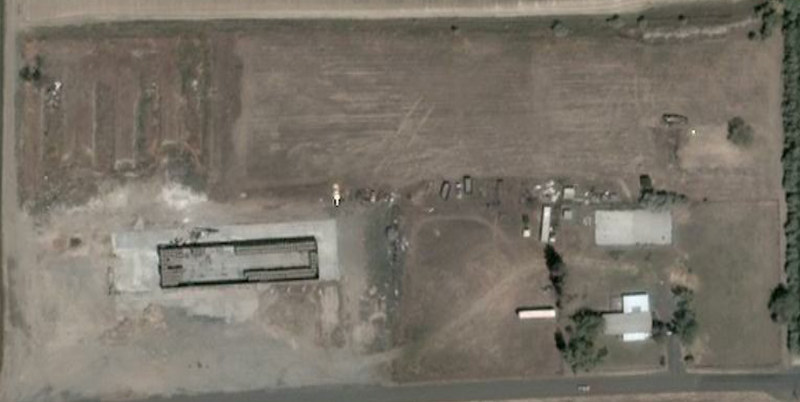 Microsoft is building a new data center on 74 acres in the town of Quincy in central Washington. The six-building complex will include about 1.5 million square feet covered in rows of server racks to power current and future online services. The site includes a electrical substation and a diesel-powered generator for backup power just in case there is an interruption in the 48 megawatts of power drawn from the local power grid.

Power and fiber is provided by Grant County, one of a few counties near the Columbia River with its own hydroelectric dam and fiber networks. Unlike big cities and existing hubs of activity these counties are special economic zones with tax incentives for research and development spending.

Microsoft’s new data center is over 8 times the size of 365 Main, a large data center in San Francisco housing companies such as Technorati. It’s a little less than three football fields full of server racks drawing a power equivalent of about 50,000 homes. Electricity rates from these county-owned power grids are over 8 times cheaper than you might pay to plug-in your computer at home.

Microsoft is not the only large Internet company opening large data centers next year. Yahoo! has a 50-acre site and a smaller office complex and hosting space just up the river at Wenatchee. Yahoo! has contracted about 42 megawatts to power their main facility and about 5 megawatts to power its smaller location in the Confluence Technology Center, right on top of a fiber terminus.

Google is building out a 30-acre site in The Dalles, Oregon. The site is located next to a hydroelectric dam providing cheap power for Google’s growing server base. Construction is wrapping up on the first two buildings with about 34,000 square feet of space in each.

Software as a service

All this construction and contract negotiation with municipalities, data providers, and local employee bases provides large Internet companies with advantages startups can only dream of. Once the new data centers come online I expect to see new services spring up from the big players ready to take advantage of the new space and capacity. After all, you wouldn’t want to see three football fields wrapped in fiber and power go unused, would you?