Apple released a developer beta version of Dashcode, a widget development environment included in its upcoming Leopard operating system. The preview software is available for Tiger until July. (via Brent Simmons) 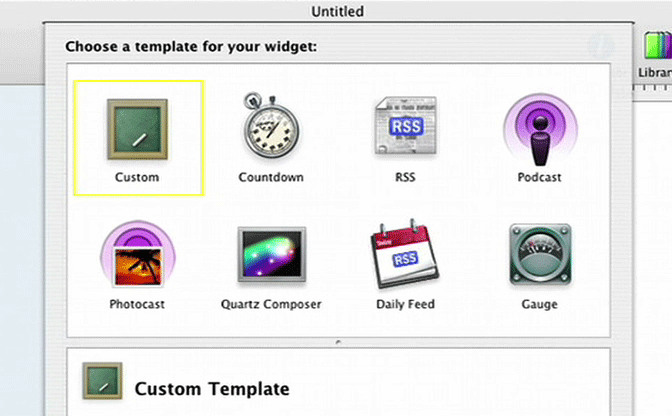 Dashcode lets anyone design a new widget through a drag and drop interface or by directly editing the underlying code. Bundled widget templates include a countdown timer, latest items from a web feed, web feed single item view, podcast, photocast, and an activity monitor. Dashcode will debug your Dashboard widget code placing all of your files within the appropriate package and generates additional nice touches such as a configuration screen and widget previews. I was able to create a few widgets by simply dropping a feed URL onto a template file and picking a name.