Adobe released early bits of its next big product bet on Monday morning, a web and desktop hybrid code-named Apollo. Apollo is the first child born out of the Adobe-Macromedia merger of April 2005, bringing together the desktop strength of Adobe PDF combined Macromedia’s web-savvy Flash and Apple’s web browser engine. Apollo will continue to receive heavy marketing from Adobe building towards a 1.0 launch in the fall. In this post I’ll break down the components of Adobe’s Apollo framework, identify opportunities for application development, and compare the promised features against other software offerings.

Apollo combines Adobe Reader, Flash Player, and Apple’s Safari browser engine into a single desktop application for the Windows and Mac platforms. Apollo applications have access to the local file system and are placed on your taskbar or dock just like you’d expect from an application.

Apollo will be available as an autoupdate for Flash 9 users and will have similar distribution to existing free products from Adobe such as Reader and Flash.

I have not seen or used Philo, but it should directly compete with Democracy player and possibly Joost. The popularity of online video and cobranded players should help accelerate Apollo’s adoption.

Expect Apollo to use the latest version of all available components at ship time. Apollo requires ActionScript 3, meaning content must be written for Flash 9 and above in order to interact with the Apollo program. HTML, JavaScript, and CSS are handled by WebKit, the open source browser engine behind Apple Safari, Apple Dashboard widgets and the Nokia S60 browser. PDFs will support features such as digital signing and approval, and it’s probably best to develop on the recently released PDF 1.7 format.

Step out of the browser

Modern web applications are pushing the web browser to its limits and already taking advantage of desktop functionality such as JavaScript execution and browser plugins such as Flash or Quicktime. Publishers can take that same web application running inside a browser tab, wrap it in Apollo descriptors, and create a cross-platform desktop application.

Most Apollo applications will likely be repurposed web pages running inside a specialized environment. Mac users already have some of this functionality today as fans of a particular service have created WebKit-based applications combining desktop familiarity with a constantly connected web application.

Imagine your heavy, always-open web apps leaving your browser tab and creating an application-like presence in your taskbar. With a few extra hooks into the Apollo runtime the web application could access files on your hard drive such as your address book, music library, or calendar.

Plugins such as Flash are second-class citizens within the web browser, receiving limited resources even when displayed in the active window. Safari and WebKit lead Dave Hyatt recently explained some of the plugin issues in detail, including complicated state of balancing system resources and user expectations. A stand-alone application removes the limits of these resource constraints, letting an Apollo application write more data to disk, consume more CPU cycles, and interact with other application data on your computer (for better or worse).

Pyro is a desktop application for the Mac that takes 37signals’ Campfire chat application out of the browser and into the desktop environment. Pyro accesses local UI elements such as new message displays, and supports system notifications using Growl. Campfire might stay open during your entire workday, and it’s useful to have a separate application window and desktop features associated with that workflow.

PandoraMan takes Pandora‘s Flash-based streaming music player out of a web browser window and into an application in your dock. You might listen to music throughout the day or enjoy quitting your web browser often, and a desktop application such as PandoraMan helps the music keep playing. 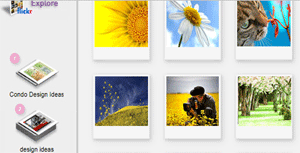 Windows developers can take advantage of Internet Explorer libraries on the machine to render HTML while maintaining the same zones and access controls defined by other parts of the system. A C# developer should be able to write a small application to wrap a website, including plugins such as Flash.

Microsoft’s planned release of WPF/E will extend the reach of Microsoft runtimes across operating systems and web browsers. WPF/E is the most direct competitor to Apollo outside the native application space with support for animation, graphics, and common audio and video codecs.

Apollo’s PDF electronic document support will play a role within the enterprise, opening up smarter form handling and reliability. An enterprise already dependent on PDF workflow and accountability may tap into Apollo for a consistent work flow across the company.

I’ve heard the write-once run-anywhere many times over the past 10 years, but few applications have actually delivered. Java and Java Web Start are the closest historical comparisons, but the demand for multimedia content creates a new breed of competitors in the form of Flash, Apollo, and WPF/E.

I’m still a fan of native application development to create the most feature-rich and well-integrated application possible in the smallest resource footprint. Java and ActionScript programmers can extend the reach of their code base without learning too many new things, and I definitely understand that attraction, but serious applications should be well integrated.

Adobe has allocated $100 million towards investing in companies that enhance its engagement platform and is especially interested in funding Apollo companies. As of last month Adobe had invested in 6 companies, including word processing company Virtual Ubiquity. Companies might develop for Apollo to take advantage a strategic investment from Adobe at reasonable terms.

Apollo in its current form seems overhyped, but the cross platform development space will definitely look different in a year as we see new toolkits from big companies executed inside and outside of the browser. It’s not too difficult for a web application to pop out of the web browser and into a standalone web technology, and the marketing and investment dollars being spent by large companies such as Adobe and Microsoft should help boost the visibility of cutting edge web apps.