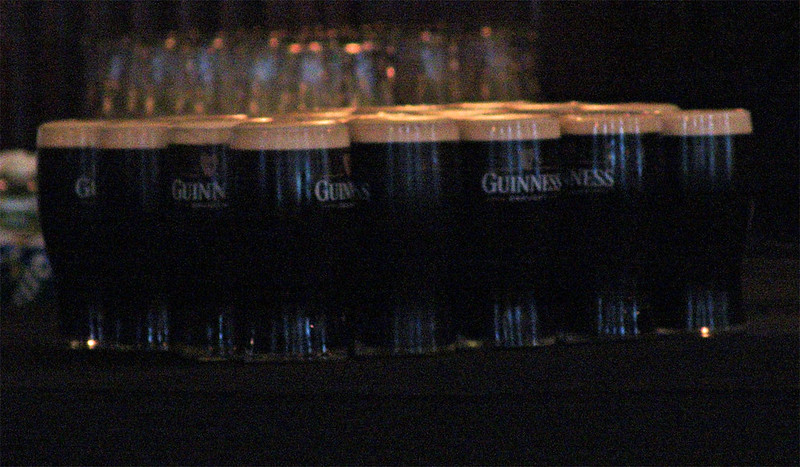 Tonight I attended a Guinness Believer event at the Merchants’ Exchange in downtown San Francisco. I received a constant stream of Guinness marketing from a hired non-Irish actor in exchange for all the Guinness, Harp, and Smithwicks I could drink from the tap, bottle, or can.

There was room for about 100 people in the room and about half of the available seats were filled. The presenter was a paid Jewish actor who does not drink. It would have been nice to have an Irish person present or at least have a marketer realize why a Black and Tan is not mixed with Smithwicks (there is some history behind the drink).

I always enjoy seeing people from a product’s country of origin at events, or at least someone with a passion for the product. Last year I was lucky enough to test drive an early production model Volvo S40 T5 after speaking with some of the Volvo staff direct from Sweden. I learned a lot about the brand, its direction, and their core values. There was a distinct national pride from the Swedes about their new Volvo.

I would have created a more interactive event. Want to show off the features of your new bottle? Show a cross section of the inside and let people play with the nitrogen widgets. Teach people how to pour a perfect pint and let them pour one. Conduct blind taste tests of bottled Guinness and Guinness from the tap.

I had such high expectations for the event but I was let down.